How About a UCT Reunion in the Tektite Basecamp...and Some Random Musings About that Special Job 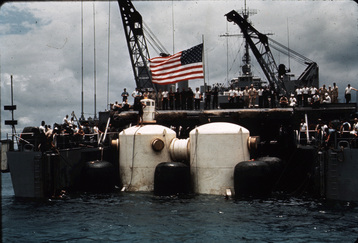 I recently came across the “Summary Report on Project Tektite 1”  written by the Office of Naval Research back in January 1970; this got me to thinking about that job again - a job that comes about maybe once in a person’s lifetime and that’s if they’re lucky. It really was the luck of the draw in the case of the Seabee divers who were chosen not based on any resume of experience, as almost everyone lacked experience except Dick Miller who came from SEALAB.

Tektite took place more than 45 years ago and I still have vivid memories, and this is looking back thru a 40 year career in the undersea field.  But none of my experiences are more memorable and enjoyable than those from Tektite. Living in the Virgin Islands working on a National Geographic documented underwater habitat project of course helped.
But there was much more in play - I’ve read a number of the “founding fathers” biographies and found it curious that people like Thomas Jefferson and John Adams were fully aware of their legacy and enjoyed steering the process…it was something like that, we all knew we were contributing to something totally new which, in our case, kept us focused and on an even trajectory - I mean we’re sailors being asked to work in a “Don’t Stop the Carnival” environment (check out the book). It’s enviable to have worked on a job where everyone’s rowing together and energized simply by being the first to do it. 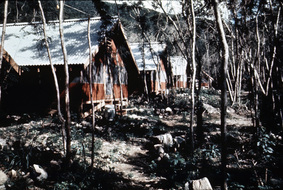 In retrospect I guess, and in the eyes of many, we ran the Caribbean Hotel Seabee - I’m not sure, but I bet this may be the first and last time the Navy’s done something like providing berthing and nourishment for a 100 or so, mostly civilian personnel supporting the project. The report also recommends that Seabee divers should be included in any future Navy experimental/research activities. Tektite and Sealab in retrospect represent the high point in our nation’s quest to colonize the seafloor, unfortunately  the nation’s interest waned  and the era ended way too soon - that’s just the way it was in the late 60’s - nothing nearly as exciting has come along since. The Navy continued to develop saturation diving but this didn’t lead to anything new.
So what do I remember about the job—here’s a few thoughts: The dive team was formed in early September 1968 with about a dozen Seabee divers converging on Little Creek. Our initial work consisted of outfitting a dive barge and supporting Walt Eager’s dream of making AMMI barges levitate. He wanted but didn’t get an underwater elevator to deliver the habitat that was responsive to his beckon call - they had a viable fallback, just not as elegant. An advanced party deployed to St. John’s in October to build the base camp. The dive team was split at this point with some staying in Little Creek to work on Eager’s AMMIs and the others sent to VI to play Seabee. After the AMMI work was wrapped up we flew down to meet the team. The base camp was functional by the time we got there so it was out on the water every day doing site preparation in advance of the habitat arriving. The advanced work was completed in time for all to make it home for Thanksgiving. The month of December was spent getting support equipment ready and building a new dive barge as the first one had too many leaks to patch (so we learned after way too much effort). 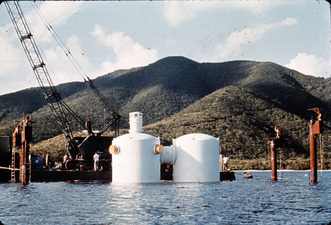 There was also a team of divers on each watch that followed the aquanauts when they were out doing their daily or nightly scientific chores. Each watch had a lead diver that ran the side. Murray Kato (from EDU) was the master diver on my watch - I always wondered why we needed him till we bought the aquanauts up and I saw how thin the Seabee knowledge of saturation diving and decompression was. With the aquanauts up, all the equipment was recovered and made ready for its LSD ride back to the states. It was a program of multiple phases that just never got dull.

How’s that for jump starting what became known as the UCT’s.  Credit goes to Commander Walt Eager who singularly had the vision, to the CEC for the skills that solved the many inimitable first-time engineering challenges, and to the Seabee divers who took their trade beneath the waves.  It’s the built-in combination of program management with the engineering and construction execution that is unique to the SEABEE way that was recognized early and I’m sure still drives the UCTs today -  and by the way, happy 40th guys…hoist one for me.
Jim Mennucci can be contacted at quest433@comcast.net if anyone wants to talk about Tektite as a reunion site and what the program might look like.

List of the First U. S. Navy Seabee Divers

Download the following PDF to see a list of the very first U.S. Navy Seabee Divers that participated in the first and second underwater construction projects, Tektite and Afar, which lead to the creation and commissioning of the Underwater Construction Teams in February 1974.
Download the PDF