Show your support for a project of historic significance. This year is the 40th anniversary of the commissioning of the U.S. Navy’s Underwater Construction Teams (UCT) and the NSDA is working with the U.S. Navy Seabee Museum in Port Hueneme, California to launch an enhanced Seabee Diver exhibit by this summer to preserve the rich history and heritage of the UCTs and tell their story not only through pictures but through the changing tools and equipment used over the last 40 years.

Check out renderings of the Seabee Diver museum exhibit as you look at it from the entrance and the floor plan of the entire exhibit. 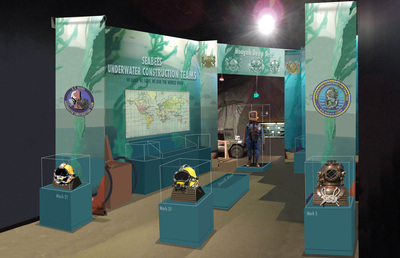 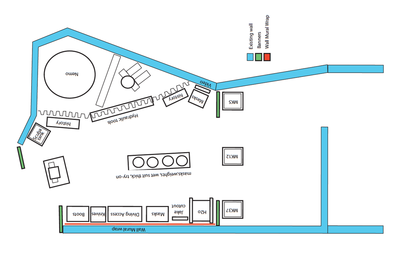 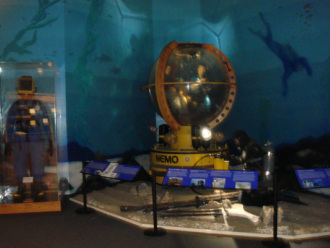 Photo of the existing Seabee Diver Exhibit
The NSDA is working with the Seabee Museum to create a historical timeline exhibit with photos and objects that document the history of the Seabee divers dating back to World War II, along with an interactive display for museum visitors where they can touch and feel the diving equipment and tools, and a historical video documentary to supplement with stories and testimonies from the various generations of divers dating back to the plank owners of the Underwater Construction Teams commissioned back in 1974 to modern day Seabee divers.

If you have any diving equipment/gear (dive knives, watches, fins, snorkel gear, wetsuits, masks, helmets, UDTs, etc.) that you as an individual/former Seabee Diver want to donate for the museum's exhibit, please send the items directly to the museum's director using the following mailing information: